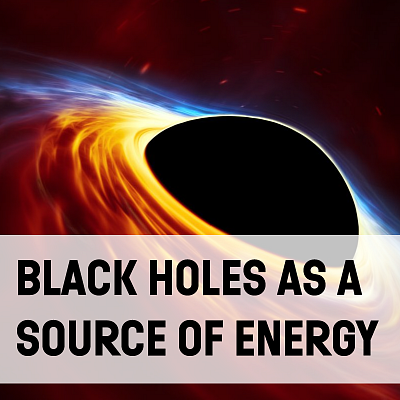 Maybe futuristic, but physically realistic: Supermassive black holes located in the center of galaxies might be the largest reservoirs of pure energy in the universe. As is well known, even light can't escape from the black holes themselves, but what could be extracted in the immediate vicinity of these extremely massive cosmic objects is their rotational energy. Astrophysicists from the Institute of Physics of the Silesian University in Opava - Martin Kološ, Arman Tursunov and Zdeněk Stuchlík, focused on this potential possibility of extracting energy from black holes in their scientific research.

Current knowledge of the physical properties of black holes clearly proves that these objects rotate around their axis very quickly and are thus a reservoir of a significant amount of so-called rotational energy. For a typical supermassive black hole (about a billion Sun masses), we're talking about an energy of about 1055 Joules, which is a hundred trillion times (that is, by 14 orders of magnitude!) more than how much energy is needed across the globe at the moment! Scientists from Opava now assume that this energy can be extracted from the  black hole with the so-called magnetic Penrose process.

Later studies have shown that this is a highly efficient process, with efficiency exceeding 100% (!) even for very weak magnetic fields. With the advancement of computer technology, scientists are now able to simulate their very complicated models on powerful computers, and the results have confirmed the possibility of extracting energy around black holes with efficiencies much higher than 100%. In our case, the efficiency is related to the rest energy of the particle (eg proton), which is accelerated. And as is known, for example, particles accelerated at CERN can really exceed the magic limit of 100% many times over. Of course, this is not a "perpetuum mobile" that creates energy from nothing.  Energy is supplied to the particle at the expense of the rotational energy of the black hole, which is pumped out by this process and the rotation of the black hole is adequately slowed down. The magnetic field has the role of a catalyst enabling the extraction of rotational energy. Thus, magnetized supermassive black holes act as giant particle accelerators.

Scientists from the Silesian University in Opava studied how efficiently such energy could be extracted. In a series of papers published, for example, in the prestigious Astrophysical Journal, they argue that black hole energy extraction works in three basic efficiency modes: low, medium, and ultra. In the low mode, the efficiency of energy extraction coincides with the efficiency of the original Penrose process, reaching a maximum only 21%. In the medium mode, the assumption of Blandford and Znajek is applied, and the efficiency is already several hundred percent. The ultra-efficient mode of energy extraction can, according to Opava physicists, occur with typical supermassive black holes (SMBH) with energy efficiency exceeding hundreds of trillions of percent. By typical SMBH, the authors mean black holes that can be found in the centers of most galaxies. Such black holes have a mass of billions of masses of the Sun and are surrounded by a magnetic field about 10-100 thousand times stronger than on the Earth's surface. In the future, this ultra-efficient energy extraction regime from SMBH, could be the main source of obtaining energy so it could for example be used to power spacecraft propulsion. Something like a “space pump station".

The proposed process is directly related to various high-energy phenomena that scientists are currently studying in the CERN laboratory. The decay of particles near the event horizon of a supermassive black hole can naturally exceed the energy values achieved in the Large Hadron Colider, the most powerful particle accelerator on Earth, by more than ten million times! If it would be possible to "connect" it to the energy source around the black holes in the future, we would have access to an alternative energy source that incomparably exceeds all the possibilities of existing sources.

In addition to direct applications, which are certainly very futuristic, the published papers also contribute to a more detailed understanding of the processes in close proximity to SMBH and shows that these objects may not be as energetically closed systems as it has been generally considered so far. 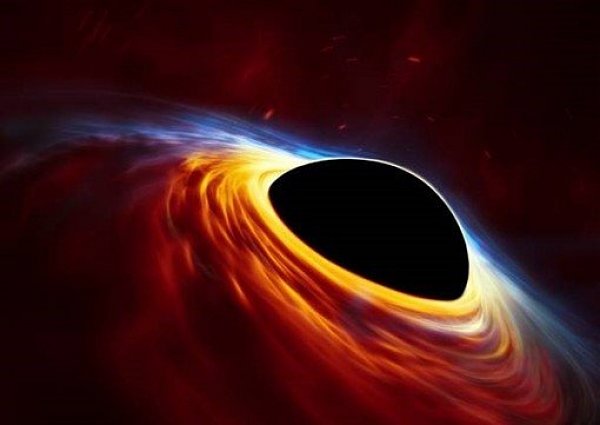