News  /  The "WHOO!" Telescope located in Opava helps to solve the mysteries of stellar physics. After Loosening Anti-Epidemic Measures, it will again be open to the public.

The "WHOO!" Telescope located in Opava helps to solve the mysteries of stellar physics. After Loosening Anti-Epidemic Measures, it will again be open to the public. 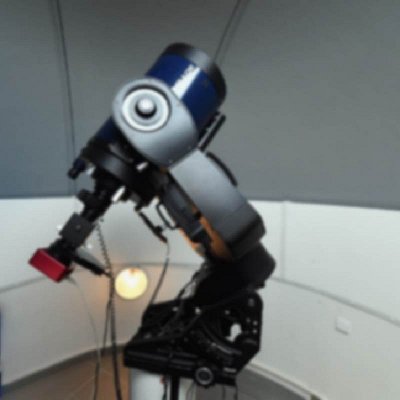 The "WHOO!" Telescope located in Opava helps to solve the mysteries of stellar physics. After Loosening Anti-Epidemic Measures, it will again be open to the public.

Since 2016, the Silesian University has been operating the WHOO! (White Hole Obrervatory Opava) telescope, which has served several students since the beginning of its operation on important final theses in the field of astronomy and astrophysics. The observatory is even involved in cooperation with ESA and NASA. Besides the scientific research activities, the telescope is also usable for routine astronomical observations and is expected to offer observations of night sky objects to the general public twice a month after further stages of loosening.
WHOO! (White Hole Observatory Opava) is an astronomical observatory (academical) at the Institute of Physics in Opava, the third of its kind in the Czech Republic. It primarily serves students of the Silesian University for their scientific observations and thus expands the scientific scope of the Institute of Physics in the field of observational astronomy in addition to theoretical research and X-ray astronomy. The observatory was put into operation in 2016. It was established within the project "Expansion and modernization of the instrument base" and was built in the attic of the Institute of Physics of the Silesian University in Opava in the building on Bezručova náměstí 13.

The entrance to the observer's room is from the 4th floor, from where there is access via a staircase to the observatory's own dome. The observatory's laminate dome has a diameter of 3.2 meters and houses the MeadeLX200o telescope with a diameter of 250 mm on a parallactic mount. The CCD camera Atik is permanently mounted on the telescope, but the tilting prism also allows direct visual observation. Thanks to this, the telescope can also be used for public observations of the night sky.

Currently, the observatory primarily serves to students. They use it to observe and obtain scientific data for their final theses, the results that are often further used, for example, by ESA or NASA. The first successful works are devoted to the so-called eclipsing variable stars, ie star systems that are formed by components of different brightness and their gradual overlapping changes the brightness of the entire system for observers on the Earth's. Variable star research has for many years been helping astronomers to understand the formation and evolution of stars in space, especially their mutual interactions.

"The topic of my bachelor thesis was the study of a short-period variable star in the constellation Vulpecula. The star is a representative of variable stars of the W UMa type, star systems that still have unsolved mysteries of astrophysics. I observed the star for several months at a number of nights using the WHOO! observatory and thanks to the good technical equipment of the observatory, I was able to discuss the results with leading experts in the scientific section of the Czech Astronomical Society, who used the observations in other professional publications," Simona Beerová describes her bachelor's thesis from 2018.

Student Martin Fuzik, who, like Beerová, used the WHOO! telescope, also focused on a similar problem. "I focused on a mysterious star system discovered by the international SWASP project which lacked enough observations to better determine its properties. Using the WHOO! telescope, I measured it in various fields of the spectrum and helped determine its properties. It was a W UMa binary star that has an extremely fast orbital period and between which dramatic changes and reactions occur due to their strong magnetism, "he explains in his work.

The telescope is also used for astronomical observations for the general public, twice a month during good weather. This activity was interrupted due to the pandemic situation, but after the loosening, the telescope will most likely be open to the public again. Using the telescope one can observe bright objects in the solar system, nebulae, star clusters, binary stars and galaxies. In a daylight it is moon or sunspots. Rare celestial phenomena such as solar eclipses and planetary conjunctions are observed as well.

Observations for the public at the WHOO! observatory. Photo: S. Beerová / Institute of Physics in Opava. 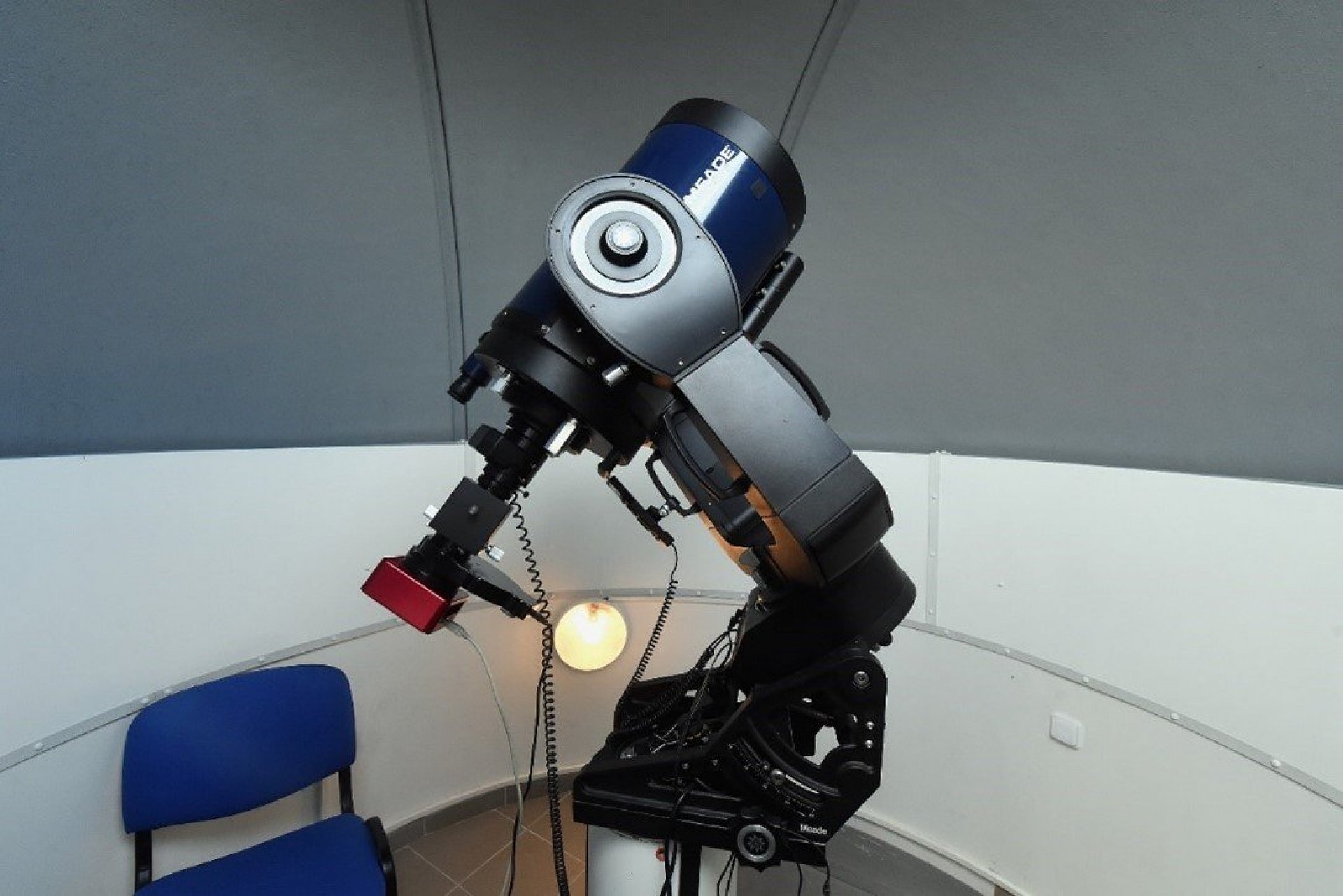 telescope MEADE in the WHOO observatory. Source: Institute of Physics in Opava.