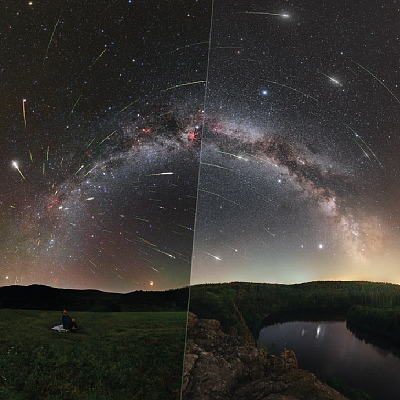 On Monday, August 9, 2021, NASA published an image called "Perseus and Lost Meteors". Its authors are the Slovak astrophotographer and astronomer popularizer Tomáš Slovinský and the Czech astrophotographer Petr Horálek from the Institute of Physics in Opava. The unusual composite image, which took both authors hundreds of hours of work, draws attention to the oncoming maximum of the annual meteor shower Perseida and the problem of light pollution, which makes the meteor swarm increasingly difficult to observe.

Despite the strict restrictions due to the COVID-19 pandemic, the night sky was and still is accessible to everyone. In the current night sky, we can observe the Milky Way, the first meteors from the Perseid swarm start to appear, and bright planets can be seen low above the horizon at dusk: Venus above the western horizon, Jupiter and Saturn above the southeast.

The composite image was taken in August last year in two places with different levels of light pollution. Both photographers shot with the same technique for approximately the same total time and processed the images using identical, pre-arranged procedures. Tomáš Slovinský recorded meteors from Perseid near Runina in the Poloniny Dark-Sky Park, one of the darkest places in Central Europe. On the so-called Bortle scale of "darkness" of the night sky according to the degree of light pollution (from 1 to 9, where level 9 is the worst), Runina is at level 2. Petr Horálek, on the other hand, filmed meteors above the Seč dam, where the quality of the sky is level 4. The difference between these two places is up to 1000 stars, which are not visible in the Seč night sky. And not only that. Tomáš Slovinský could observe up to a third more meteors than in the overlit Seč sky. Light pollution thus robs suburban observers of the beauty of the dark starry sky and the rich meteor shower of Perseid. The aim was also to capture an identical celestial composition with the summer Milky Way at a precisely chosen time, so that it is possible to easily blend both views and point out the issue of light pollution as best as possible. Apart from meteors and the Milky Way, the composite image also shows three bright planets that adorned the night sky at last year's Perseid maximum: in Horálek's contribution on the right there is Jupiter and Saturn (reflected in the surface of the Seč Dam), and reddish Mars on the Slovinsky's left half.

For Tomáš Slovenský, this is already the 6th success in NASA, and for Petr Horálek, it is the 30th jubilee image. At the same time, this is the fourth NASA image of the Institute of Physics in the 18th image of NASA day, captured in Czech Republic, and the 12th image in Slovakia. Astronomy Picture ff the Day (APOD) is a prestigious award for the most interesting astronomical photography of the day, which is carefully selected for each day and then amend with descriptive text by the NASA collaborators prof. Jerry Bonnell (from Michigan University of Technology) and prof. Robert Nemiroff (from University of Maryland). APOD's motto is "Discover the Universe" and since 1995, when the selection was launched, it has become one of the most recognized of its kind in the world. The accompanying texts are translated into 23 world languages, including Czech (which has been taken care of since 1999 by Josef Chlachula) and APOD is on social networks visited by hundreds of millions of people on daily basis. 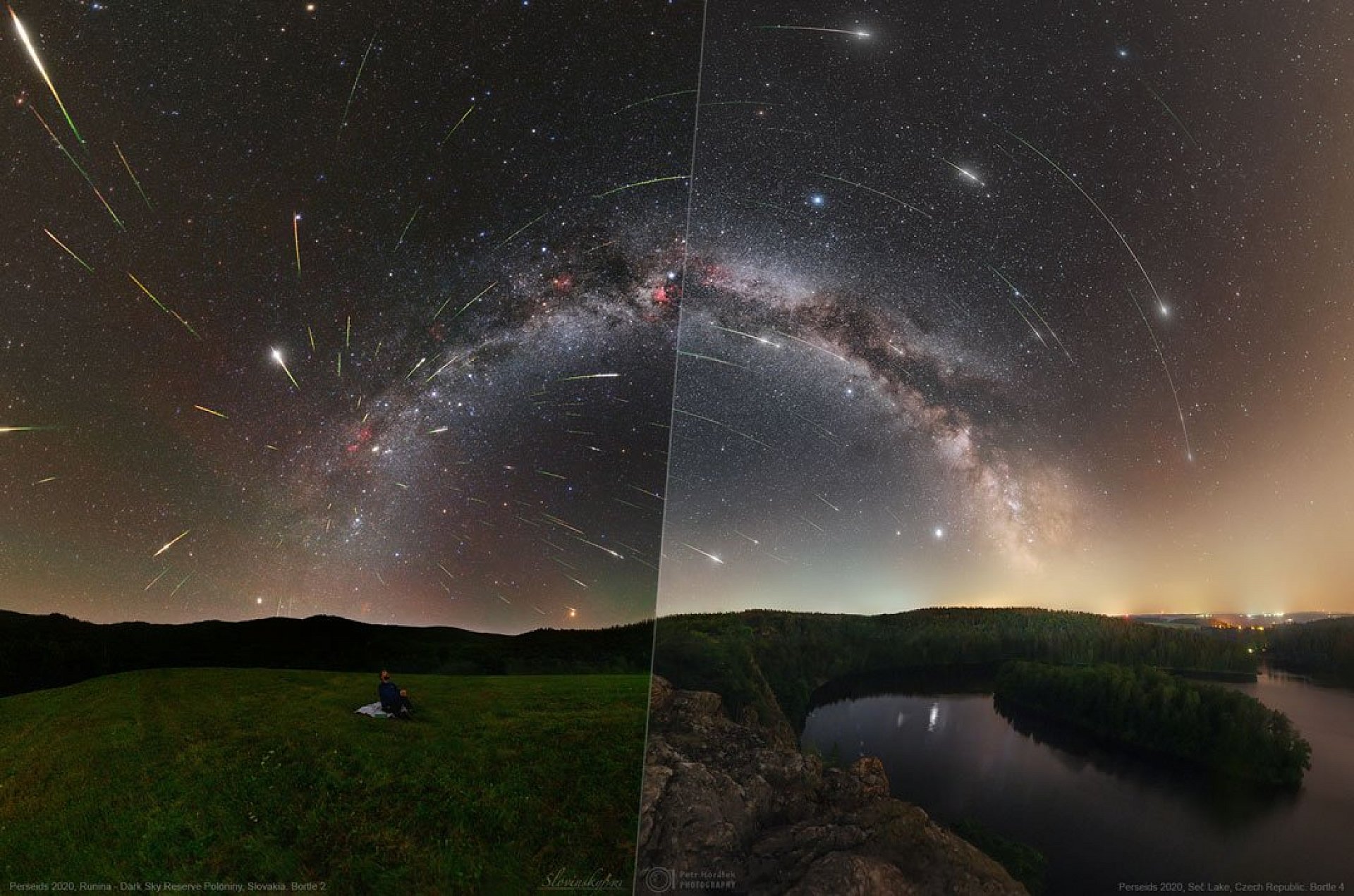 Astronomy Picture of the Day on August 9, 2021 - Perseus and the lost meteors. Authors: Tomáš Slovinský and Petr Horálek / Institute of Physics in Opava.