The Silesian University contributes to the character of the statutory city Opava as a cultural and educational centre of the Czech Silesia. Opava, which covers 90 sq kilometres and has a population of around 60,000 people lies on the Opava River in a fertile valley. It borders on the projections of the Lower Jeseníky Mountains in the southwest, and the Poopavská Lowlands stretches east of the town.

The town and its surroundings are an important archaeological locality. Archaeological research has proved the existence of the Slavic Castle Site from the 10th –12th century. The first written record about a settlement dates from 1195, and a town settlement is evidenced by a document from 1224. At the beginning of the 14th century, the Principality of Opava, whose foundation was related to the Dynasty of Přemysl, was established within the Czech Crown.

Educational institutions in Opava are mentioned already in the second half of the14th century and, it was in 1630 when the Jesuit Hall was founded. The development of the educational system reflected the musical, religious and cultural life of the whole region. Schools played their role in the foundation of the theatre stage in 1808, when the first building of the theatre was built. It was in Opava where the first museum in the area of the Czech Republic was founded in 1814.

In 1883 a Czech grammar school was founded thanks to the Matice Česká. The grammar school played an important role in the dissemination of culture , and it was the only secondary school in the Austrian part of Silesia. Opava has been a work and study place of many well-known personalities of science and culture. It is both the birthplace and burying ground of the poet Petr Bezruč (1867-1958). J. G. Mendel (1822-1884), a founder of modern genetics, studied at a local grammar school. Other natives of Opava were: J. M. Olbrich (1867-1908, an architect from Vienna and a co-founder of Vienna Art Nouveau, a writer A. C. Nor (1903-1986) and Joy Adamson (1910-1980), a tireless fighter for African nature and the author of books about the lioness Elsa.

Today, Opava is a statutory town, where the Silesian University and several important scientific workplaces are located: the Silesian Provincial Museum with the Silesian Institute, which used to be part of the Academy of Sciences, and the Provincial Archives, which is the third largest archive in the Czech Republic.

Although the town suffered a serious damage at the end of World War Two, today‘s visitors can admire many cultural sights and beautiful parks. The town’s surroundings are full of cultural and historical sights such as castles Hradec nad Moravicí, Kravaře, Raduň, a fortified castle ruin Vikštejn or Arboretum in Nový Dvůr.

The seat of the Silesian University, Opava, as well as the seat of one of its parts, Karviná, are situated in the Silesian part of the Moravian-Silesian Region. Silesia is a historic area, at present spreading out mostly in Poland, and a small portion in the Czech Republic. Since Middle Ages, it was populated by the inhabitants of German, Czech and Polish nationality whose mutual relations formed a distinctive Silesian cultural identity and also became a breeding ground for economic growth enabling Silesia to become one of the most advanced areas of Central Europe. After the end of World War II, the vast majority of the German population was expelled from Silesia and replaced by Czechs and Poles.

Czech Silesia is a small part of a historic territory of Silesia which remained to the Hapsburg monarchy (as so called Austrian Silesia) after 1742. After Czechoslovakia had been foun-ded in 1918, it became, with slight territorial changes, its part as one of the historic lands. It is situated in the north-eastern part of the Czech Republic along the Czech-Polish border between the mountain ranges of Jeseníky in the west and Beskids in the east and it has a population of approximately 1 million inhabitants.

The Opavian Cultural Organization offers besides the exposition concerning the history of the town in the Municipal House, also expositions in the House of Art, as well as concerts in the Art Club or in a unique interior of the Church of St. Wenceslas. The Silesian Theatre offers performances of many types – drama, opera and ballet. The building of the theatre was rebuilt in the original renaissance revival architecture and is registered in the list of immovable cultural monuments of the National Heritage Institute. The expositions of The Silesian Museum, which include also extensive grounds of The Nový Dvůr Arboretum situated nearby, are devoted to history and nature of Silesia.

The annual Opavian multi-genre festival Other Shores addresses in more than two dozens of separate programme blocks art fans of nonconformist spirit by an offer of new points of view on well-known topics such as Bohumil Hrabal´s Palaverers, Antique & You, Praise of Folly etc.

Besides Opava, several interesting places in nearby or far surroundings can be visited. The most visited sights include castles in Hradec nad Moravicí, Raduň or Kravaře, which are popular not only for sumptuous premises but also for romantic secluded parts of the castle parks.

Those who are interested in military history can besides The World War II Memorial Hrabyně visit also The Hlučín-Darkovičky Czechoslovak Fortification Complex with fully equipped infantry blockhouse “Obora” and other fortification structures.

The immediate neighbourhood of mountain ranges of Beskids and Jeseníky offers a wide range of options of tourist trips, either hiking or cycling, skiing in winter. The climbs on the highest peaks are popular – Lysá Hora in Beskids or Praděd in Jeseníky. 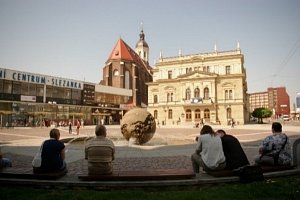 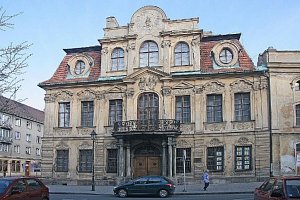 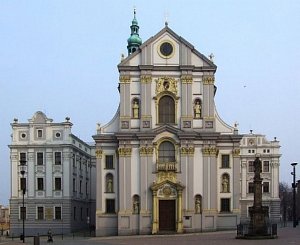 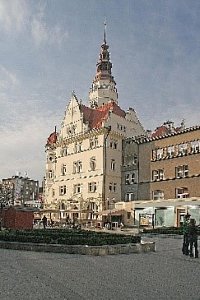 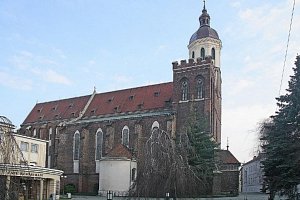 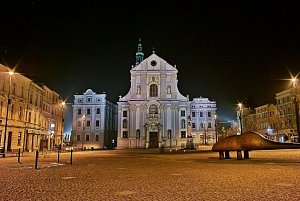