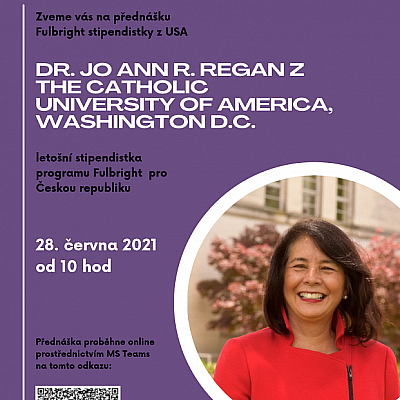 The invitation to the Faculty of Public Policy in Opava was accepted by dr. Jo Ann R. Regan of The Catholic University of America, Washington D.C., this year's Fulbright Scholar for the Czech Republic. Dr. Regan deals with the issue of social work and on 28 June will held a lecture at our faculty.

The Fulbright program is one of the world's most prestigious government scholarship programs and was established in 1946 under a law proposed by prominent Arkansas Senator James William Fulbright, after whom it was named. Since then, 300,000 "Fulbrighters" have participated. Approximately 8,000 scholarships are distributed annually in 155 countries. Former Fulbright participants include Nobel Prize winners, Pulitzer Prize winners, governors and senators, ambassadors and artists, judges, prime ministers and heads of state, prominent professors and scientists.

The J. William Fulbright Commission is an intergovernmental Czech-American organization established to support educational, scientific, and cultural exchanges between the Czech Republic and the United States through scholarship programs and counseling and information services. The main mission of the Fulbright Commission is to build and promote mutual understanding between the peoples of the two states through cultural exchanges in the field of education.